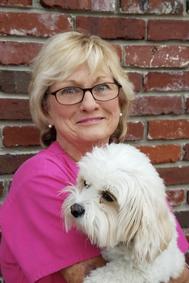 While Dr. Cooley does practice “traditional” medicine, she’s aware that there are diseases and pets that need additional help, such as alternative herbal formulas, acupuncture, and/or chiropractic. The irony of this is one of her current pets, Macho, who has significant joint issues, is not a big fan of receiving acupuncture, and Dr. Cooley leans on herbal formulas and cold lasering to take care of his joints. Some pets aren’t keen on being needled despite the needles being tiny. In those cases, she can use cold lasering alone and in combination with acupuncture points to getingt as much improvement as possible.

When Dr. Cooley isn’t at work, she can be found outside on the porch in a hammock, reading, swimming, at the gym, or walking the dogs (and cat!). She has a tripod cat, Evoli, who she adores. She also has a rescue Pitbull, Macho Kings Latte, and then another rescue Pitbull, Kismet aka Lizzy Lickin Lips. She also likes to hike and travel. 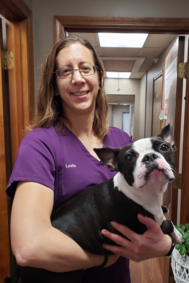 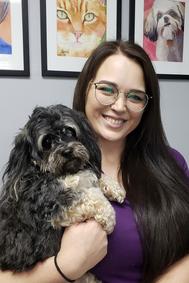 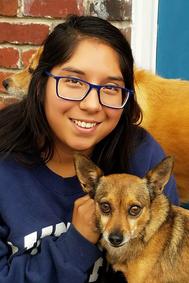 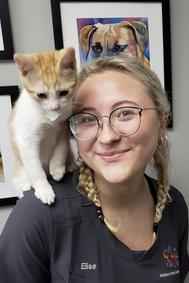 Dr. Grimes grew up in Anniston, AL owning an array of animals that ranged from cats to horses. She attended Auburn University, where she became a 1982 graduate of the Auburn University School of Veterinary Medicine. She began practicing in Birmingham, AL in 1984 and made her purchase of Altadena Valley Animal Clinic in 1995. As well as veterinary services, the clinic offered regular boarding for cats and dogs up until 2008, when Dr. Grimes expanded into the neighboring building. This expansion produced 8 luxurious doggy suites as well as a spacious new cat boarding area and cat playroom. What Dr. Grimes loves about her job as a veterinarian is building long-term relationships with her clients, human and animal. She loves treating pets from puppies and kittens all the way to their geriatric stages of life. In her free time, Dr. Grimes loves spending time with her husband, 3 children, daughter-in-law, and 2 grandchildren. Of course, Dr. Grimes also has animal children as well. She currently owns Lucky Lou, a quirky, tail-less black cat; Dinah, a sassy black cat; and Smokey, a dachshund who loves to dig holes in the backyard. She also frequently babysits her grand-dog, a Boston Terrier Mix, named Alia. 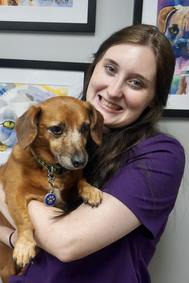 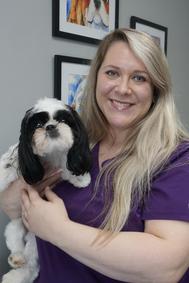 Dr. Desiree Cooley grew up in the upstate of South Carolina. She attended Clemson University and
graduated with a Bachelor’s in Animal Veterinary Science in 2010. She then moved to Starkville,
Mississippi, to attend Mississippi State University College of Veterinary Medicine. After graduating in 2014, she worked in rural towns promoting preventative care, such as vaccinations, spays/neuters, and heartworm prevention with treating the occasional exotic pet, goats, and horses. In the last semester of vet school, Dr. Cooley also received her mixed animal acupuncture training and certificate. In July of 2020, she attended her veterinary medical manipulation training and became certified in manipulation aka chiropractic.

Now in Birmingham, Dr. Cooley sees exotics, dogs, and cats. She enjoys performing soft tissue surgeries, dentals, and handling internal medicine type cases. However, through her experiences over 19 years with her horse, Chief, she was able to see the need for additional therapies, such as acupuncture and chiropractic, as they kept him comfortable and doing well through arthritis and not being able to urinate. While Chief is no longer physically with her, he taught Dr. Cooley life lessons that she carries with her every day.

Dr. Wilson was born and raised in Birmingham and is married to veterinarian Dr. Bobby Wilson. She graduated in 1983 from Auburn University. The Wilsons have four grown children and three grandsons. In addition, they own Telli, the best black Labrador Retriever ever born, and Kit-Kat, a mischievous, loving, brown tabby cat.

Educating clients on how best to take care of their pets and helping them solve various behavioral issues are very rewarding for Dr. Wilson. She loves new puppy and kitten visits to lay a solid foundation for a strong human-animal bond and discussing nutrition and training with owners. Dermatology is another favorite area of hers in veterinary medicine.

Hobbies and other interests for Dr. Wilson include reading, cooking, keeping her grandsons, and writing inductive Bible studies. 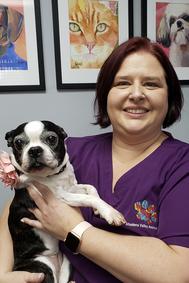 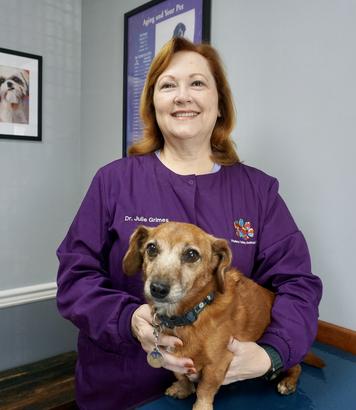 Dr. Ann Brennan was born and raised in Memphis. She then went to Auburn University for her Bachelor's in Poultry Science and received her Doctor of Veterinary Medicine from Auburn University College of Veterinary Medicine. She worked as a veterinarian in Georgia for 6 years before moving to Birmingham three years ago and is so excited to be joining the Altadena Valley Animal Clinic team.

Outside the clinic, Dr. Brennan enjoys spending time with her husband Eric, son Tucker, and daughter June. Her furry family members include two German Shepherd dog sisters Luna and Nova and crotchety cat Boo. When not chasing her kids around, she enjoys watching college football, baking, gardening, and cross-stitching. 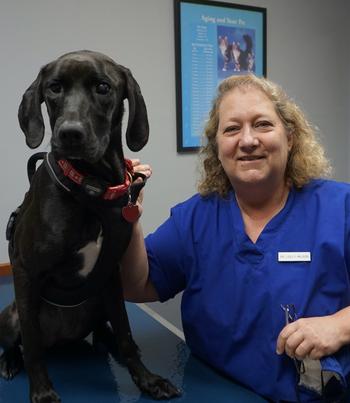 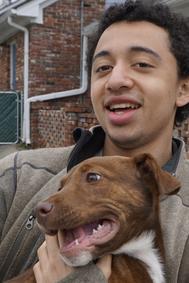 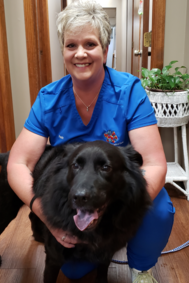 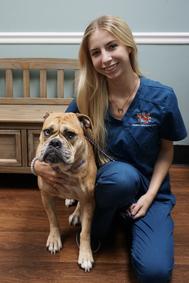 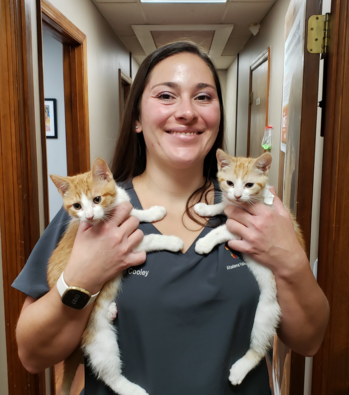 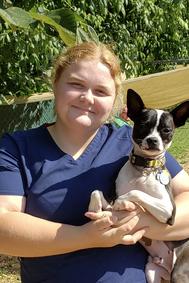 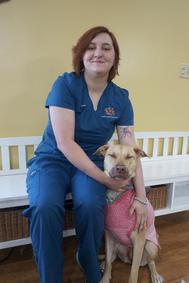 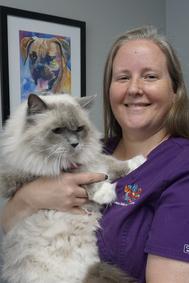